My son wants to be famous and/or rich. Don’t know where it comes from. Not really his parents’ aspirations. Although blogging does throw me out there to connect with you, but from the privacy of my home. He takes pride in the fact that his name appeared in an article in the Washingtonian when we were interviewed during the inauguration of President Obama. He was 6 months old and it was brutally cold – had he not become “famous” like he wants to be, I would have questioned that parenting choice.

He did work really hard to sketch 17 logo ideas for me (I was thinking of going with My Brazilian Roots at the time). I was amazed by his endless creativity, but I explained that I am not hiring yet. For now, he agreed to sharing them in this post free of charge, in exchange for me posting a recipe for butter beer. I say only fair. 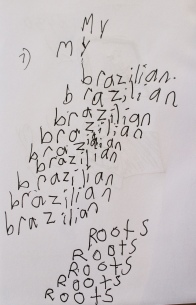 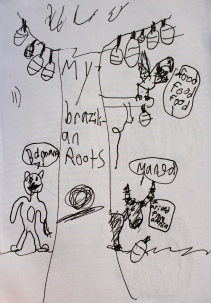 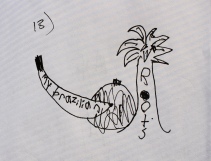 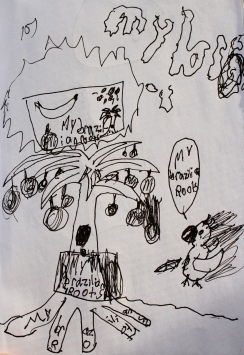 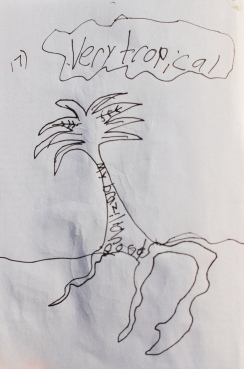 We are having 3 Harry Potter fans for a sleepover at our house this Saturday and the weather has turned cold again, perfect for warm butter beer sipping, in the unlikely event of boredom. During our experiments Mateus’ first impression was that it is best to drink it immediately. Julia… she just thinks whatever her brother thinks at this age. Can you tell by her expression? 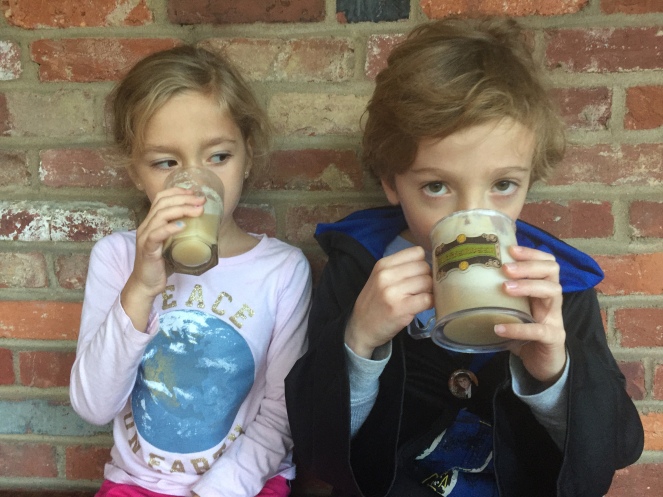